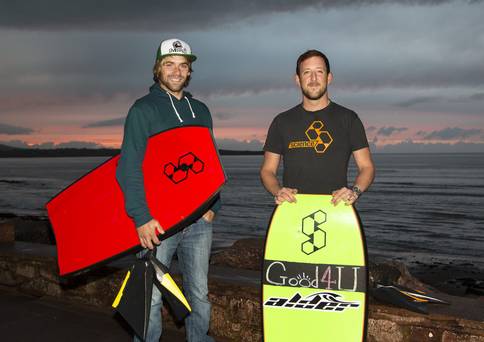 -How did you feel when the organization tells you that you’re one of the participants in the Pipe event?

I felt shocked to be honest, I didn’t expect it. Almost like I didn’t deserve it but in overall I felt very excited.

-How did you manage to surf in hot water? (hahaha)

To surf in hot water was amazing as always. My last surf in ireland before going to hawaii was freezing, I surfed my local beach and I wore a 6/5/4 and trying technical moves are hard because of all the rubber, you feel so restricted. So the warm water was a welcome change. -What’s your best memory of Hawaii?

My best memory of Hawaii is sitting having a beer with 3 legends, benny p, winny and ryan hardy. We had a beer and the lads put their favorite old bodyboard sections on the laptop and i just felt like a stoked groom, such cool humble guys. Getting to stay with Mike for the last few days was amazing too, just getting to chat and hang out with guys I’ve looked up to my whole life and talking shit. Simple thing really but it meant a lot to me. It was more about the people than the waves for me.

-Do you think that the bodyboard is getting stuck? i mean, the only grooms we know nowadays are just Tanner, Barboza and Finnegan…

I don’t think it’s getting stuck, there isn’t much money knocking around but bodyboarding is everything to so many people. Because there is less money, there is less bullshit and 99% of bodyboarders are down to earth real people. I would say that watching basically every heat that there was so little between the top guys. To win an event is so hard to do that I think they should be taking home big prize money and should earn a comfortable living from bodyboarding. There was a young ozzie crew in Hawaii and they were absolutely ripping, also they are super fit and dedicated so the future is in good hands. In ireland we have a few grooms like Jack Cloessy that are onto the slabs and commited so that’s great to see the tour is looking good this year and chops is next up so can’t wait to watch that.

-Back in Ireland… what did you miss most?

Well I was away for 2 weeks so I didn’t get time to miss much. I missed my girlfriend, but I didn’t miss the freezing cold water, rain and my 6/5/4.

-Would you go back to Hawaii?

Not for a free surf trip. I loved Hawaii, the people, the climate and seeing all the history. But I can’t say I got great waves. I know it pumps on a straight west swell but unfortunately that didn’t happen during my trip. In the highlight clips it looked sick but on the beach was a different story. Some days it would be one in fifty waves that were any ways good. it was the biggest swells they have had in years and the direction of the swell was not ideal, pipe was maxed for half my trip, in reality they were lucky to run the event, it went down to the last day of the waiting period. I wasn’t happy with my heat; I know I had the tools to win that heat but the ocean didn’t play ball. I took off on one of the better waves of the heat but it shut down on me and there was no exit. I’ve been competing along time, so I can take the good with the bad but I don’t feel that bummed. I didn’t make it through my heat because I feel there isn’t much more I could have done. The guy who won the heat had on a total of an 8.0, it was just a stale heat. I still wish I had made it though. Massive thanks to Mike who invited me and he really is a legend, guru, whatever you wanna call him. If I see a decent west swells lining up for next years event, who knows, I could give it another crack.

-What the fuck happened with Shambles?

Shambles shattered his femur charging heavy Rileys. I’ve been surfing with shambles for years now and he has always pushed me to go harder. He pushes himself very hard and has surfed some on the biggest waves here in Ireland. Shambles may seem like a happy go lucky hippy, and he is that but he is also supper competitive, he wants the bomb of the day, it over comes his fear and that’s what makes him such a good bodyboarder. He is a very positive person and is losoing at his injury in a positive light. He has received a lot of love and support because he is a very lovable and popular character here in Strandhill and worldwide. This won’t phase him, he will be back pulling into mental waves soon, that’s how he bodyboards. 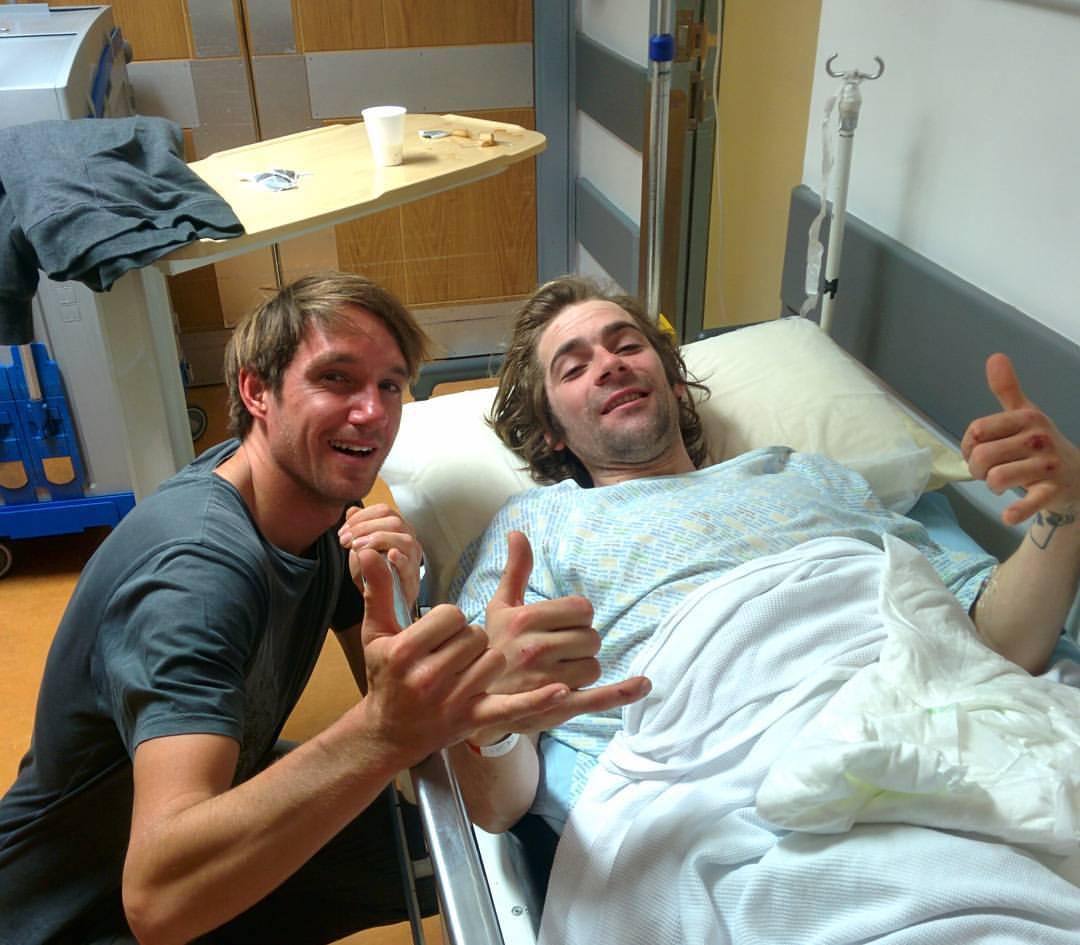